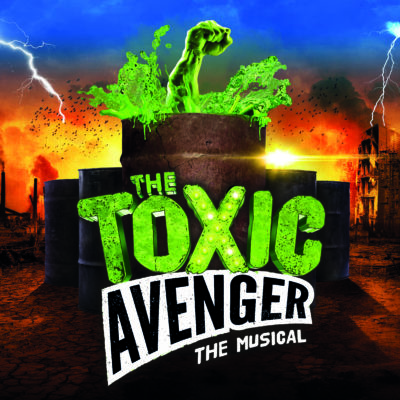 From Joe DiPietro and David Bryan, the Tony Award-winning creative team behind Memphis comes The Toxic Avenger – the acclaimed rock musical dubbed “an intoxicating blast of fun” by the Telegraph that received six Off West End Award nominations, including Best Musical. The West End transfer followed an original run at the Southwark Playhouse in 2016.

Toxie is a seven-foot mutant freak with superhuman strength and a supersized heart to match. He’s out to save New Jersey, end global warming, win the heart of the prettiest (blindest) librarian in town and get home in time for dinner in this toxic love story with an environmental twist.

Based on the 1984 cult classic, The Toxic Avenger tells the story of the citizens of Tromaville who are crying out for a hero. Enter Melvin Ferd the Third, an aspiring earth scientist determined to clean up the toxic waste problem. When a corrupt Mayor and her government goons get wind of his plans, they vow to stop this heroic feat, Melvin is tossed into a vat of toxic waste, and transformed into The Toxic Avenger, New Jersey’s first superhero!

Prepare to laugh, scream and sing as ‘Toxie’ rocks the house and saves the day!

Marketing – Jan Baister for AKA 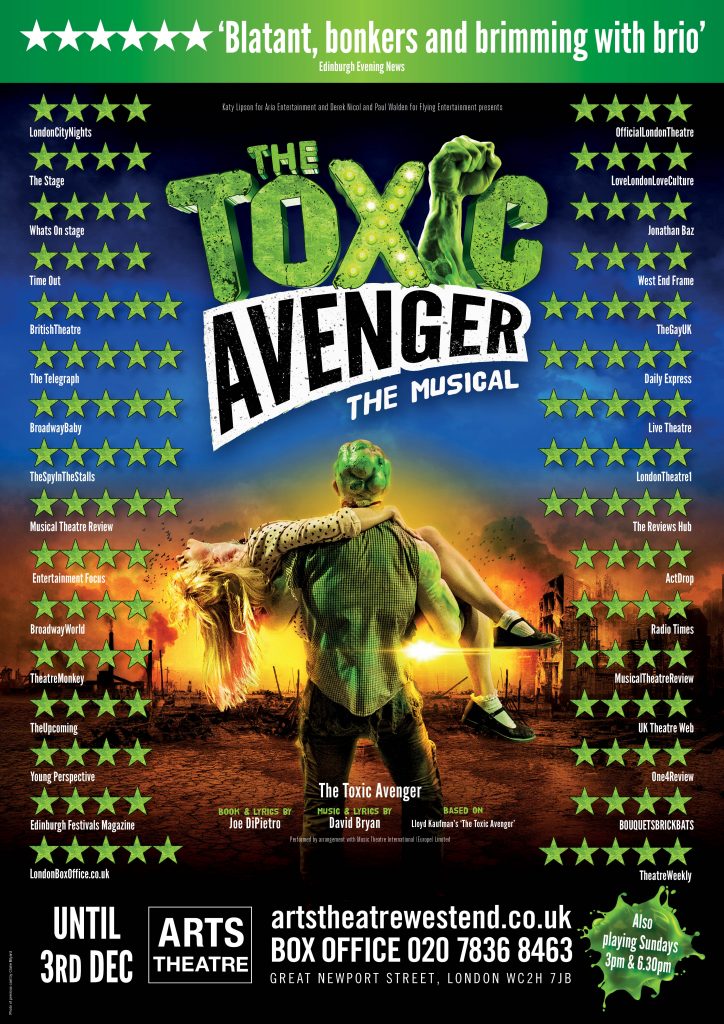 “To anyone that has seen the Book of Mormon, this is a must-see younger brother of a show!” – Daily Express ★★★★★