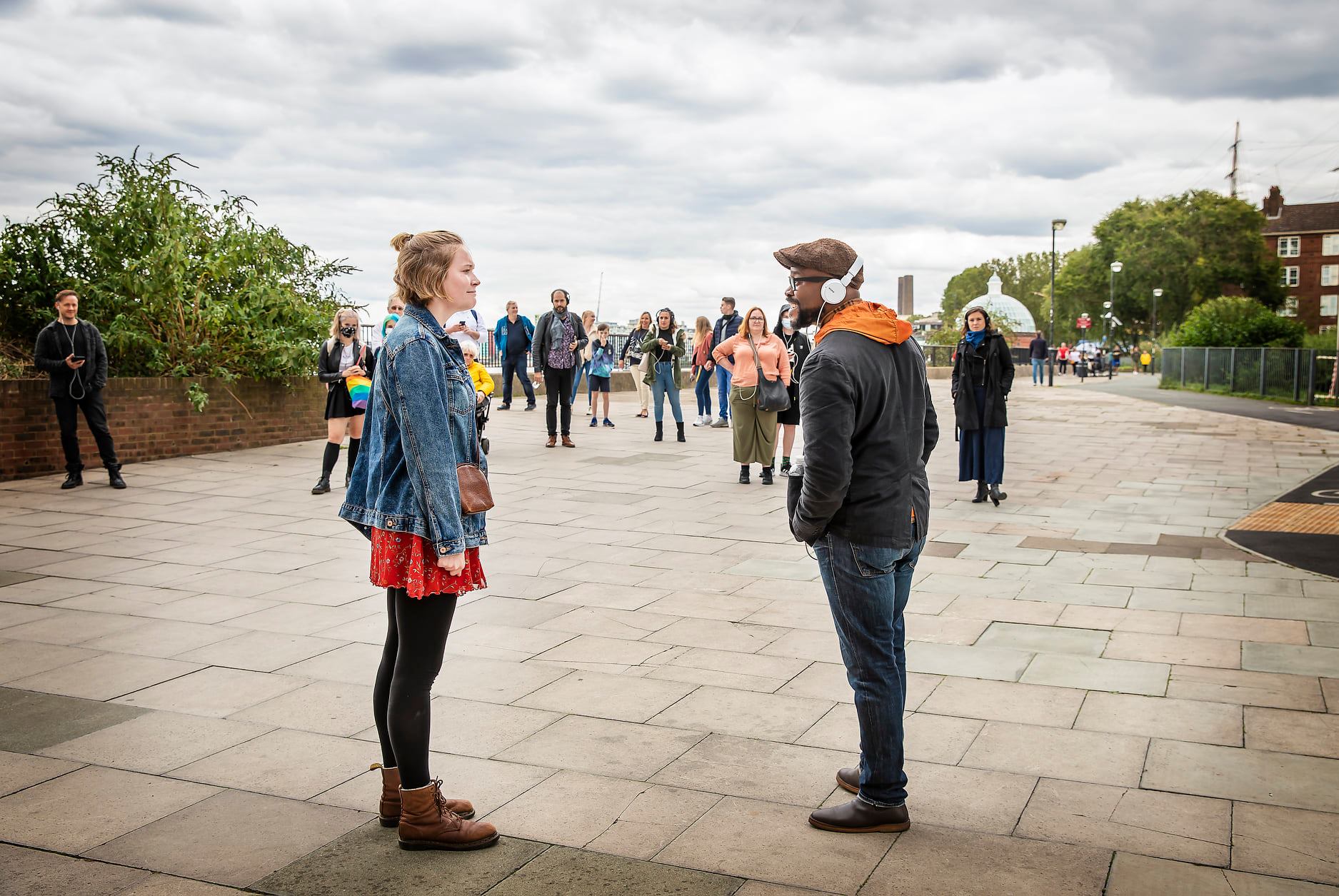 Tickets are now on sale for the UK premiere of C-o-n-t-a-c-t, an immersive outdoor experience with a 3D sound design which audiences will listen to on their own headphones. Tickets can be purchased via the C-o-n-t-a-c-t website.

Aria Entertainment and WEF Productions are delighted to announce that following a critically acclaimed UK premiere of C-o-n-t-a-c-t in London in Summer 2020, the immersive, two-hander outdoor performance featuring a captivating 3D sound design will run in partnership with The Lowry in two locations – Salford Quays and central Manchester for a limited 6-week run from May 2021.

This innovative production opened to 4* reviews from The Guardian and the i, with The Times calling it “a tantalising vision of a new kind of theatre for these difficult times.”

Originally created by Samuel Sené and Gabrielle Jourdain and premiering in France with French production company Musidrama over the summer in a world where social distancing became the ‘new normal’, this timely story of a moving and unexpected encounter explores the themes of mental health and anxiety through the eyes of Sarah as she is approached by someone she believes to be a stranger. She discovers that he can hear her thoughts but how? Who is this man? Dive into her mind in this unique sensory and immersive new show and experience theatre like never before.

The show runs for 50 minutes without an interval and audiences download the audio from the app which is a completely new piece of technology synchronizing the spectators and actors, allowing the show to play with theatrical concepts and a new form of dramaturgy. Audiences of no more than 17 per show will purchase their tickets online and will then receive a link to download the app which will provide the exact location.

(NB. The casts work in rotation around the different locations)

Concept and Direction by Samuel Sené

The roles of Sarah and Raphael were created by Inès Amoura and Jacques Verzier in Paris, 13th June 2020