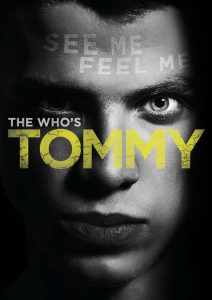 Based on the iconic 1969 double album rock opera, The Who’s Tommy is an exhilarating story of hope, healing, and the human spirit. The story of the pinball-playing, deaf, dumb and blind boy who triumphs over his adversities has inspired, amazed and puzzled audiences for more than 40 years.

“Ashley Birchall, wounded but totally winning in the title role, is a life force!”
THE STAGE ★★★★

“..this is a first rate production which deserves to be seen.”
PLAYS TO SEE ★★★★

Off West EndMiss-Leading Ladies
Off West EndThe Adventures of Pinocchio