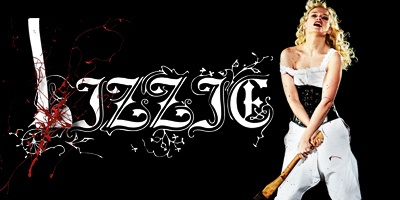 The UK premiere of Lizzie, a brand new gothic rock musical came to the Greenwich Theatre in 2017 following a run at Federica Teater, Denmark.

On a sweltering summer morning in 1892, in a small New England city, a prominent businessman and his wife were axed to death in their home. Their daughter Lizzie Borden was the prime suspect. Lizzie’s trial was a coast-to-coast media sensation, and her story has become an American legend.

Lizzie is four women fronting a six-piece rock band. Lizzie is rage, sex, betrayal, and bloody murder. Lizzie is American mythology set to a blistering rock score. Lizzie is a new American musical with a sound owing less to Sondheim and Andrew Lloyd-Webber than to Bikini Kill, the Runaways, and Heart.

“Production values are through the roof in this Goth Rock Opera that lends itself
more to concert performance than traditional musical.”
BROADWAYBABY

“The talent of the 4 powerhouse women, the blistering score and
beautifully simplistic setting makes it a night out to the theatre to die for!”
MUSICAL THEATRE MUSINGS

“This is a rock opera, as raunchy and outrageous as any good rock opera should be.
As the program so aptly describes it, Sex, Axe and Rock ‘n’ Roll.”
WEST END WILMA