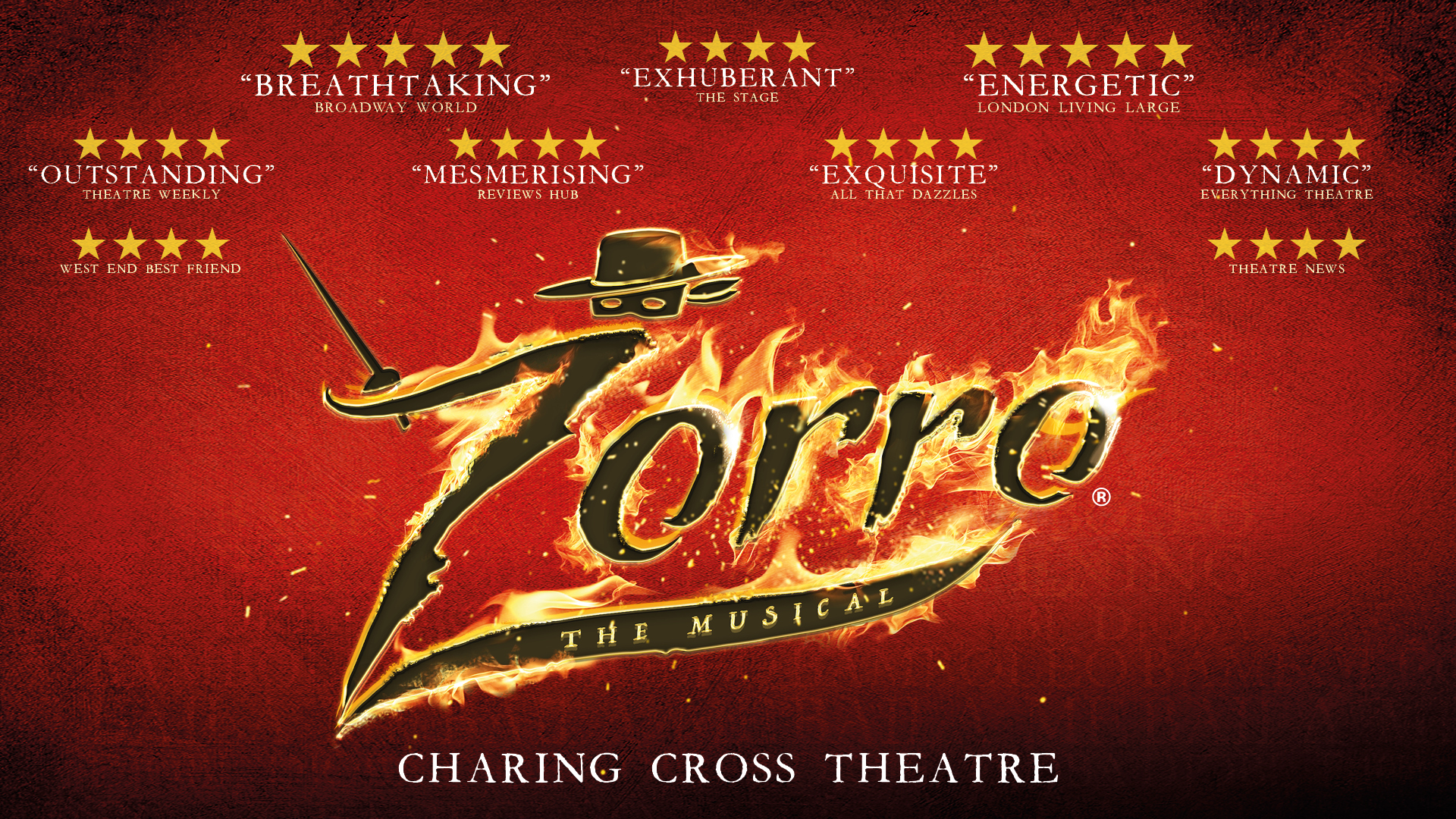 Presented by Katy Lipson for Aria Entertainment and John Gertz in association with Zorro USA, LLC With Bonnie Comley and Stewart F Lane.

Set in the sizzling heat of 1805’s California, a pueblo is under attack from its autocratic leader. When the danger is at its greatest, a masked crusader appears from nowhere and saves lives. Who is he? Will he be their champion?

The famous red-hot tale of the masked hero, El Zorro, fighting for justice and freedom is told in an immersive, thrilling and headily sensual new production. With zealous, ‘get-on-your-feet’ music, featuring international hits by Gipsy Kings including Bamboleo, Baila Me and Djobi Djoba, alongside original music to express a fresh new tale of love, hope and courage.

Audiences will be seduced into the story and witness the thrills and spills of our hero as he battles for all he holds dear. Spanish Gypsy pride and fire runs deep throughout this explosive show with murderous encounters, immeasurable flamenco choreography and Cante jondo singing at its forefront.

The zest and passion of Spain and 19th Century California comes to the West End and will leave you with racing hearts, shouting out the name “EL ZORRO!”

RESERVAR AHORA to be captivated by the steamy story of the hero behind the mask! #ZorroMusical