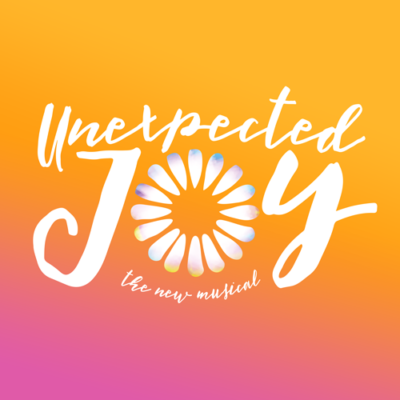 The new Bill Russell (book and lyrics) and Janet Hood (Music) musical, Unexpected Joy, received its Off-Broadway premiere at The York Theatre Company
from 24 April – 2 May 2018, before a run at Southwark Playhouse from 6 – 29 September 2018.

UNEXPECTED JOY is the story of three generations of female singers, long-held family tensions and a week together where change is in the air – Joy, a baby boomer pop star, is visited by her daughter, Rachel and granddaughter Tamara.  Rachel is married to a prominent televangelist, so Joy is reluctant to divulge that she’s planning to marry Lou, another singer who happens to be a woman.  A week with all four together is bound to lead to tension, laughter, discoveries and happiness that really is unexpected.  Let the sparks and music fly!

Through laughter, tears, self-discovery, and an original and compelling score, UNEXPECTED JOY encourages its characters, as well as the audience, to take a journey of self-discovery because, at the end of the day, we really are all just one big family.

With Book and Lyrics by Bill Russell (Tony-nominated for Side Show) and Music by Janet Hood (Elegies for Angels, Punks and Raging Queens).

“Make sure to pay Unexpected Joy a visit” – LONDONTHEATRE1 ★★★★★

“a compelling and joyful production” – BROADWAYWORLD ★★★★