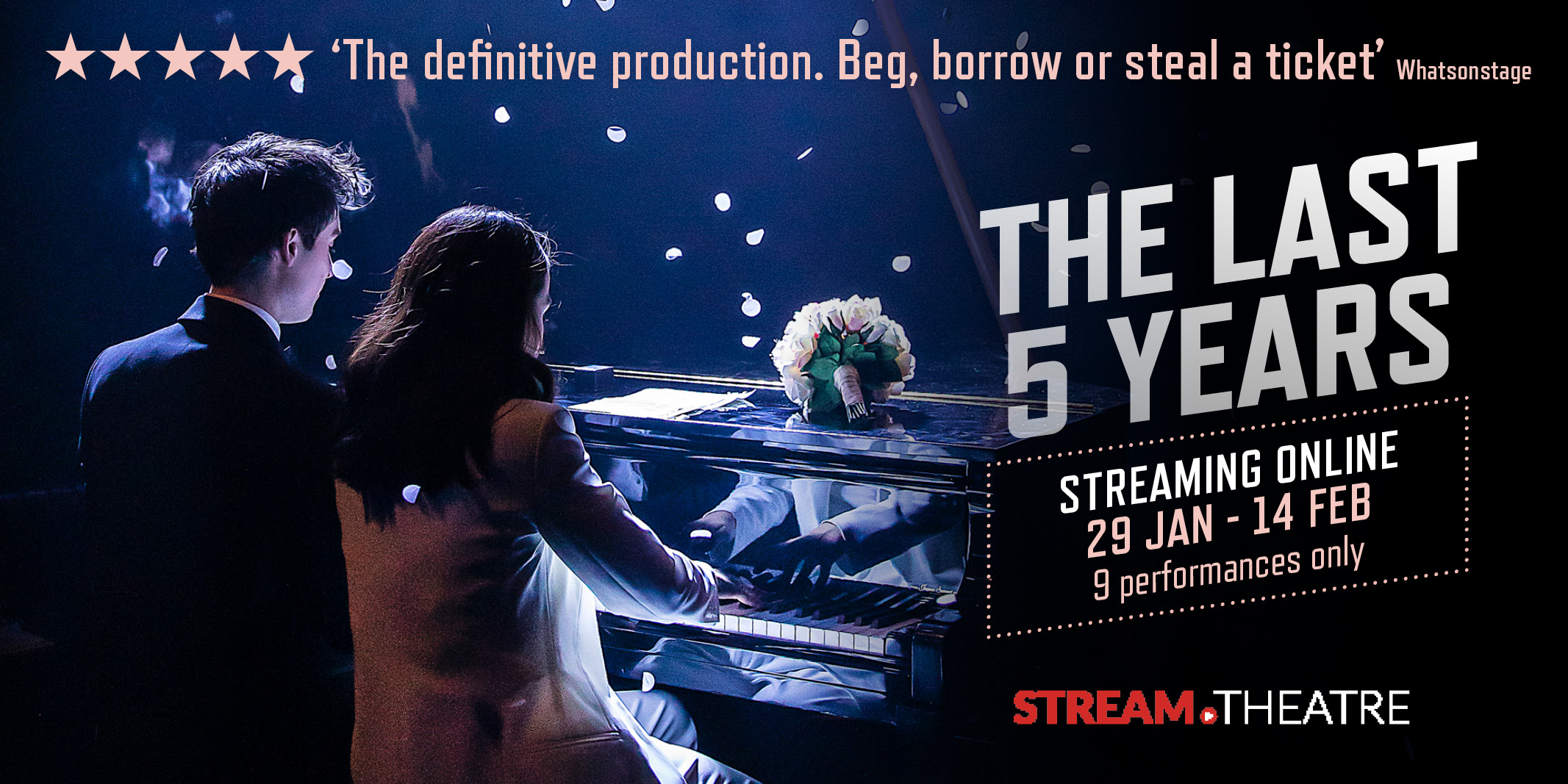 The Last Five Years returns to Southwark Playhouse after its critically acclaimed run was cut short in March. From 1st October this ★★★★★ (The Stage, WhatsOnStage) production will resume performances in a newly configured socially distanced auditorium with limited seating capacity.

Jason Robert Brown’s Drama Desk Award winning musical, The Last Five Years, is an emotionally powerful and intimate show about two New Yorkers who fall in and out of love over the course of five years.

The musical’s unconventional structure unfolds as Cathy tells her story in reverse, from the end of their turbulent relationship, whilst Jamie tells his story chronologically from the spark of their initial meeting. The two characters meet only once, at their wedding in the middle of the show.

Now, this iconic musical returns to London in a bold new actor-musician production with the actors on stage at all times and playing the piano to add a new narrative dimension to the story, accompanied by a four piece band.

★★★★★
“You won’t have seen a better production of The Last Five Years…
It is the definitive production. Beg, borrow or steal a ticket.”
WhatsOnStage

★★★★
“A glorious sparkling revival, remounted for the Covid age.”
The Independent

★★★★★
“It’s a blast, a rollercoaster of jazz and blues and ballad and rock and vaudeville and at one point klezmer;
the most joyously exuberant, emotionally rackety return imaginable for the valiant London fringe. I loved it.”
TheatreCat