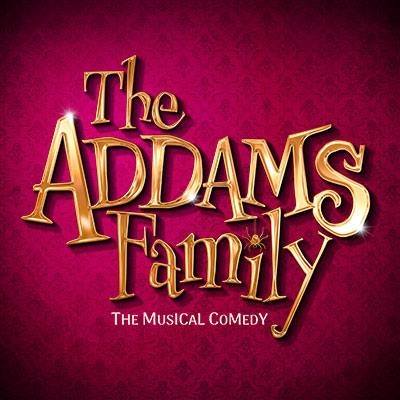 Following the UK Government shutdown of theatres in March, the producers of THE ADDAMS FAMILY, a musical comedy, have rescheduled the new UK & Ireland Tour to dates in 2021.  The Tour will now open in Cardiff on 26 January 2021.  Samantha Womack and Cameron Blakely will revive their much loved roles as Morticia and Gomez Addams, based on the characters created by Charles Addams.  THE ADDAMS FAMILY, a musical comedy, has a book by Marshall Brickman and Rick Elice, the creators of multi award-winning Jersey Boys, and music and lyrics by Andrew Lippa and is directed by Matthew White.  Further casting is to be announced.

Wednesday Addams, the ultimate princess of darkness, has grown up and has a shocking secret that only Gomez knows; she’s fallen in love with a sweet, smart young man from a respectable family! Now, Gomez Addams must do something he’s never done before — keep a secret from his beloved wife, Morticia.  Everything will change for the whole family on the fateful night they host a dinner for Wednesday’s “normal” boyfriend and his parents.  All the usual clan are present – Uncle Fester, Lurch, Pugsley et al.

Samantha Womack is best known for her long-running role as Ronnie Mitchell in BBC1’s EastEnders.  Most recently, Samantha guest starred in last year’s series of Silent Witness and she has also played Tanya Dawson for three series of the hit comedy Mount Pleasant, Ingrid in Home Again, Ruth in Babes in the Wood, Imogen in Imogen’s Face and Mandy in the hugely popular Game On.  Samantha’s film credits include the box office breaking Kingsman: The Golden Circle and Kingsman: The Secret Service.  Her stage credits include Nellie Forbush in the Lincoln Center Theater’s Tony Award-winning production of South Pacific (Barbican Theatre & UK Tour), Michael Grandage’s West End production of Guys & Dolls opposite Patrick Swayze (Piccadilly Theatre) and Peter Hall’s production of Pinter’s Betrayal (Theatre Royal Bath).  Most recently, Samantha starred in The Girl on the Train in the West End and on a UK Tour.

Cameron Blakely’s previous theatre credits include the role of Thenardier in Les Misérables, a role he played for two years in London’s West End. Cameron was also part of the 25th Anniversary at the O2, where he played Bamatabois. Other credits include Smee in Stiles and Drewe’s Peter Pan at the Adelphi Theatre and Fagin in Oliver! at The Watermill Theatre. He has also appeared in many productions at Regent’s Park Open Air Theatre, including A Midsummer Night’s Dream, Hamlet, Romeo and Juliet and The Taming of the Shrew.  Most recently, he played Dennis Dupree in the UK Tour of Rock of Ages, and Lex Hogan in Eugenius! at The Other Palace.

Academy Award-winner Marshall Brickman wrote or co-wrote the film screenplays for Sleeper, Annie Hall, Manhattan, Manhattan Murder Mystery, For the Boys and Intersection, and was head writer for The Tonight Show with Johnny Carson.  Rick Elice’s play, Peter and the Starcatcher, received nine nominations and won five 2012 Tony Awards.  He also wrote the book for The Cher Show, a musical based on the early life and career of Cher, which opened at the Neil Simon Theatre on Broadway in December 2018.  Andrew Lippa wrote the music and lyrics for the Broadway musical, Big Fish, the music for the Broadway production of Aaron Sorkin’s play The Farnsworth Invention and the book, music and lyrics for the Drama Desk award-winning musical The Wild Party.  He wrote the song called ‘Evil Like Me’, which was sung by Dove Cameron and Kristin Chenoweth in the 2015 Disney film Descendants.

British director Matthew White has directed the UK Tours of Mr Stink, Carousel and The Producers, the UK Tour and West End run of the multi award-winning Top Hat, and, for the Menier Chocolate Factory, The Boy Friend, She Loves Me, Candide, Sweet Charity (and West End) and Little Shop of Horrors (and West End).

THE ADDAMS FAMILY 2021 UK & Ireland Tour is produced by Katy Lipson for Aria Entertainment and Music & Lyrics Limited, and is presented through special arrangement with Theatrical Rights Worldwide.

“This brand-new musical comedy production is an absolute joy from start to finish… simply put it’s fun galore and what stiff wouldn’t enjoy that!” – Theatre-News.com ★★★★★

“This is truly a mesmerising production” – The Upcoming ★★★★★