Night of the Living Dead™ – LIVE! 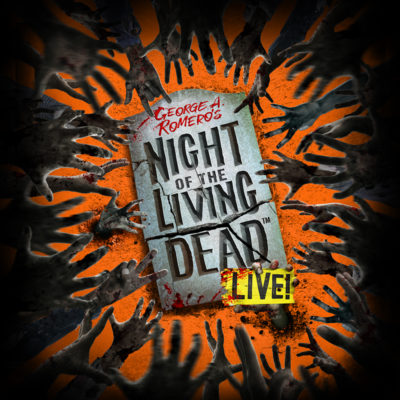 George A. Romero’s
NIGHT OF THE LIVING DEAD™ LIVE!

THEY’RE COMING TO GET YOU, LONDON

Based on George A. Romero’s unparalleled 1968 film, one of the most iconic and influential releases of all time,
Night of the Living Dead™ Live! comes to London for the first time ever!

A bunch of strangers are holed up in a farmhouse in rural Pennsylvania.

Hoards of the undead are approaching.

Who will make it out alive?

Night of the Living Dead™ Live! skirts the line between the horrific and the hysterical. It’s the only production officially authorised by the Romero estate, paying loving homage to the film and recreating all those iconic scenes, alongside lots of new material for newcomers and hardcore fans alike.

Get amongst the gore by choosing one our special on-stage seats in Splatter Zone One, or if you like your zombies at arms length,
pick seats in one of our Supposedly Safe Zones.

“It is in black and white, like the original film, which adds to the horror aspect.” FAIRY POWERED PRO ★★★★★

“Sperring is an accomplished director of comic ghastliness…” – JONATHAN BAZ ★★★★