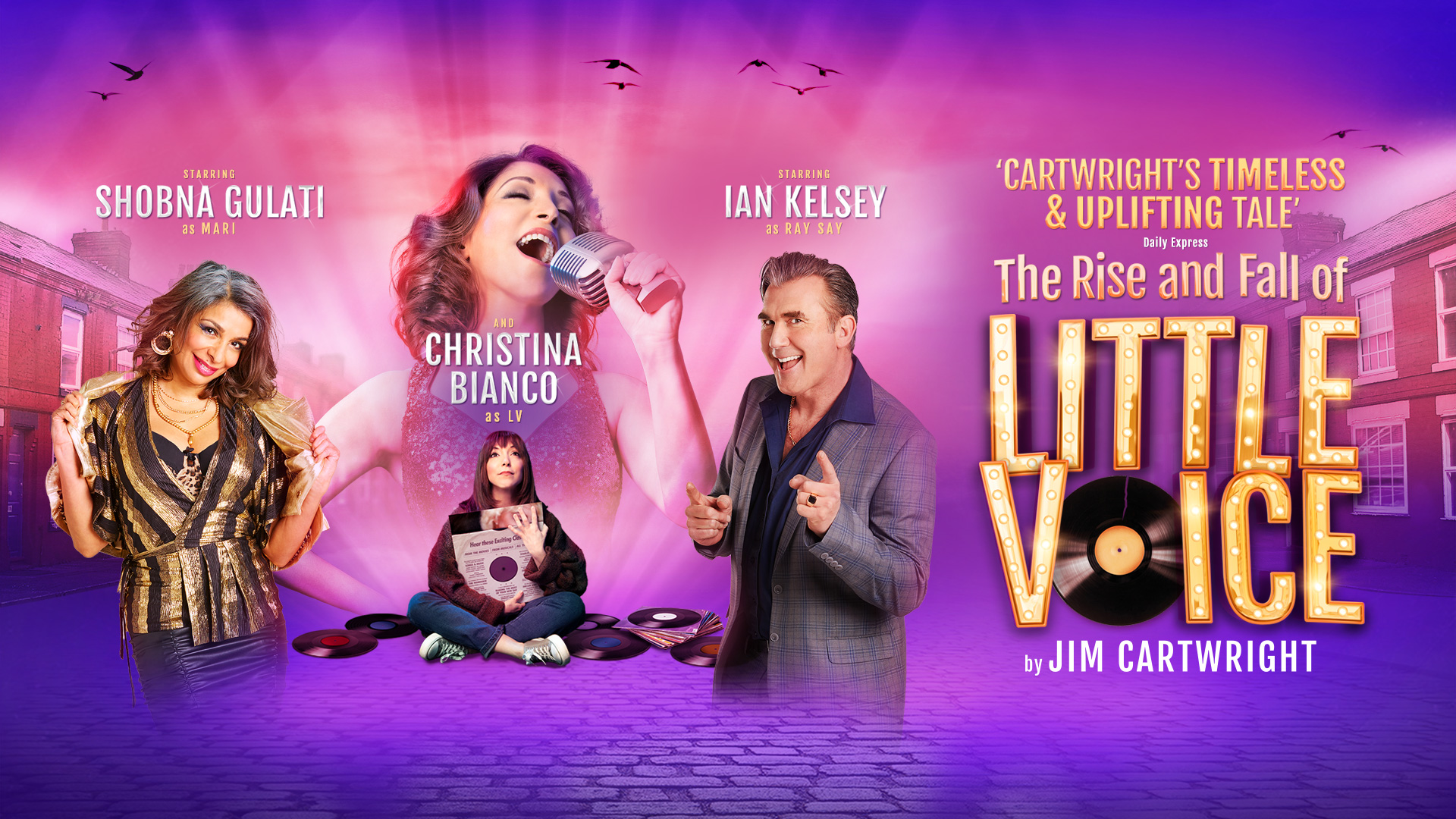 Producers Katy Lipson and Glass Half Full Productions are thrilled to announce the UK tour of a brand-new production of Jim Cartwright’s The Rise And Fall of Little Voice directed by Bronagh Lagan (Cruise, West End). Two-time Drama Desk nominee Christina Bianco, whose extraordinary diva videos have been viewed over 25million times on YouTube to great international acclaim, will play LV. Shobna Gulati, whose work includes Everybody’s Talking About Jamie (West End/film), Cinderella (Lyric Hammersmith), Coronation Street and Dinner Ladies will play Mari Hoff. While Ian Kelsey, much loved for his many leading roles in the West End and on TV including Coronation Street, Emmerdale, Doctors and Casualty will play Ray Say.

Further tour dates and full casting and creative team will be announced in due course.

From Judy Garland to Shirley Bassey, Marilyn Monroe to Billie Holliday, Christina Bianco will vividly bring to life performances from the great chanteuses in Cartwright’s tender and life-affirming play. The Rise and Fall of Little Voice won both the Oliver award and Evening Standard award for Best Comedy when it premiered at the National Theatre in 1992 in a production directed by Sam Mendes which transferred to the Aldwych, starring Jane Horrocks and Alison Steadman. Horrocks later reprised the role of LV in a film adaptation also starring Brenda Blethyn, Michael Caine, Ewan McGregor and Jim Broadbent.

Meet Little Voice and Mari Hoff. A mother and daughter central to the heart of this Northern fairy-tale, but as far apart in character as can be. Left to her own devices, Little Voice starts to embody the famous divas she plays on repeat, from Judy Garland to Shirley Bassey, and becomes an overnight sensation.

With humour, heart and countless powerhouse ballads all performed live on stage, Cartwright’s timeless and iconic tale explores the highs and the lows of small-town dreams, family rivalry and finding your voice in a noisy world.

Christina Bianco made her West End debut in the Menier Chocolate Factory’s Forbidden Broadway (Vaudeville Theatre). In New York she was nominated for Drama Desk awards for Application Pending and Forbidden Broadway; Goes To Rehab. Most recently she won great acclaim as Fanny Brice in the Théâtre Marigny Paris production of Funny Girl. Described as ‘the girl of a thousand voices,’ she became a YouTube sensation when her impression videos were viewed by millions internationally and has performed on many major television programs such as The Ellen DeGeneres Show and The Today Show.

Shobna Gulati became a household name for her roles as Sunita in Coronation Street and Anita in Dinnerladies. She has performed extensively on stage and screen, most recently as Ray in the West End production and upcoming film of Everyone’s Talking About Jamie, Cinderella (Lyric Hammersmith) and as a presenter on Loose Women. Her memoir Remember Me was published last year.

Jim Cartwright is an international, award winning dramatist, director and screenwriter and one of Britain’s most celebrated modern playwrights. His plays are consistently in production and have been translated into over 40 languages and have been performed in most major theatres of the world, including the West End, Royal Court, National Theatre and on Broadway. His theatre works include amongst many others, Road, Bed, Two, The Rise and Fall of Little Voice and more recently Raz, (Edinburgh Festival, Trafalgar Studios, London and nationwide tour). Among his extensive award-winning television and film works are; Road, Johnny Shakespeare, Vroom, Wedded, and most recently King of the Teds starring Alison Steadman, Brenda Blethyn and Sir Tom Jones.