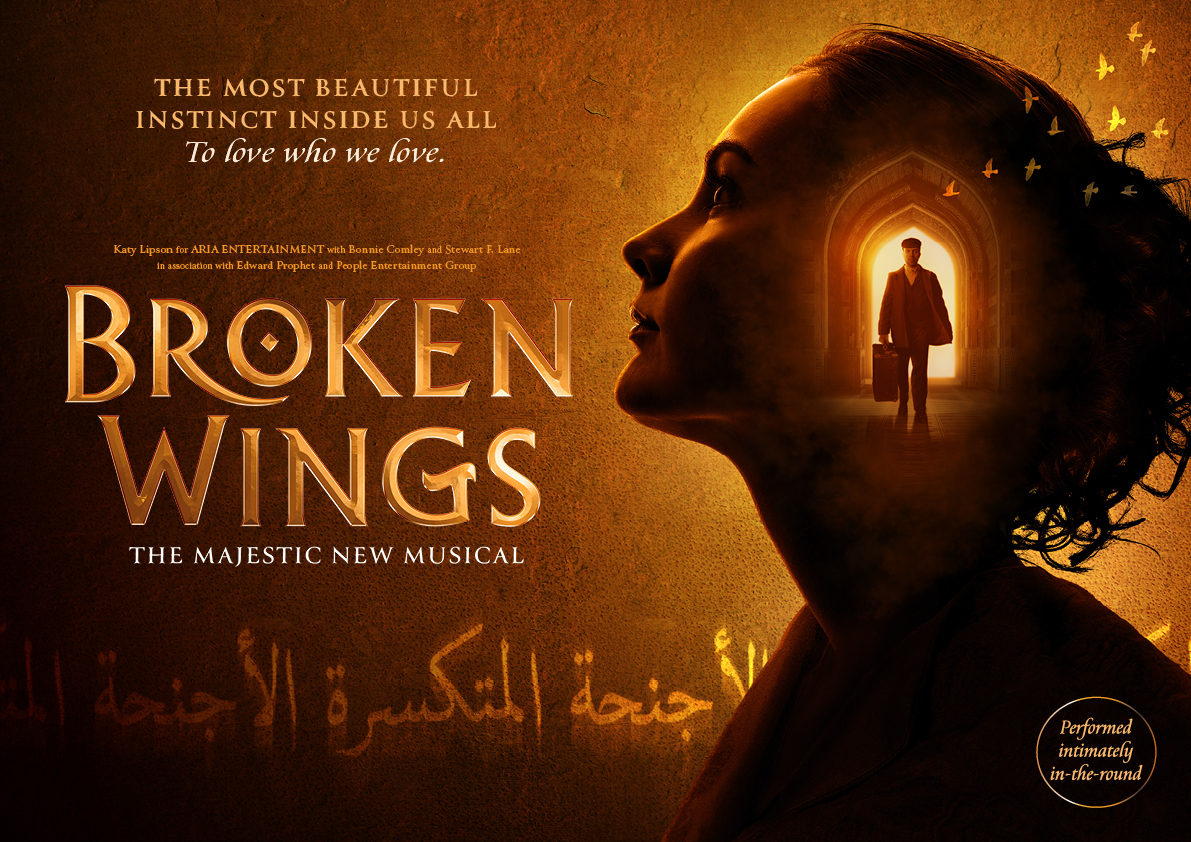 Aria Entertainment will stage a musical adaptation of Kahlil Gibran’s Broken Wings by Nadim Naaman and Dana Al Fardan. After multiple productions of the musical in concert form around the Middle East this will be the first full staging of the musical. The production, directed by Bronagh Lagan, opens at Charing Cross Theatre on 26 January, with previews from 21 January, and runs until 5 March 2022.

New York City, 1923. Through exquisite poetry and enchanting music, an ageing Gibran narrates our tale, transporting us back two decades and across continents, to turn-of-the-century Beirut. Gibran meets Selma; their connection is instant and their love affair, fated. However, their journey to happiness is soon thrown off course, as the pair face obstacles that shake the delicate foundation of their partnership. Will their love win out or will their dream of a life together be torn apart?

Performed in-the-round, Broken Wings takes us on an unmissable musical voyage, exploring issues of gender equality, immigration, the freedom to love who we love, and what ‘home’ really means to us. Over a century later, and the themes and debates raised in Gibran’s story, remain increasingly relevant today.